THE BEST OF GEORGIA:
TRANSPORTATION ACROSS THE STATE OR AROUND THE WORLD.

HIGHWAY
Georgia is ranked #1 in the U.S. for infrastructure and global shipping access. In the Corridor, that #1 ranking starts with easy access to local, regional and national highways. U.S. I-75 runs through the Corridor; it’s one of the nation’s major north-south routes (I-75 travels from the top of Michigan to the bottom of Florida). A few miles north, I-16 intersects with I-75 for an easy run to the deep Port of Savannah. About 100 miles north, you’ll find connections in Atlanta to five major interstate highways that span out to every corner of our country. 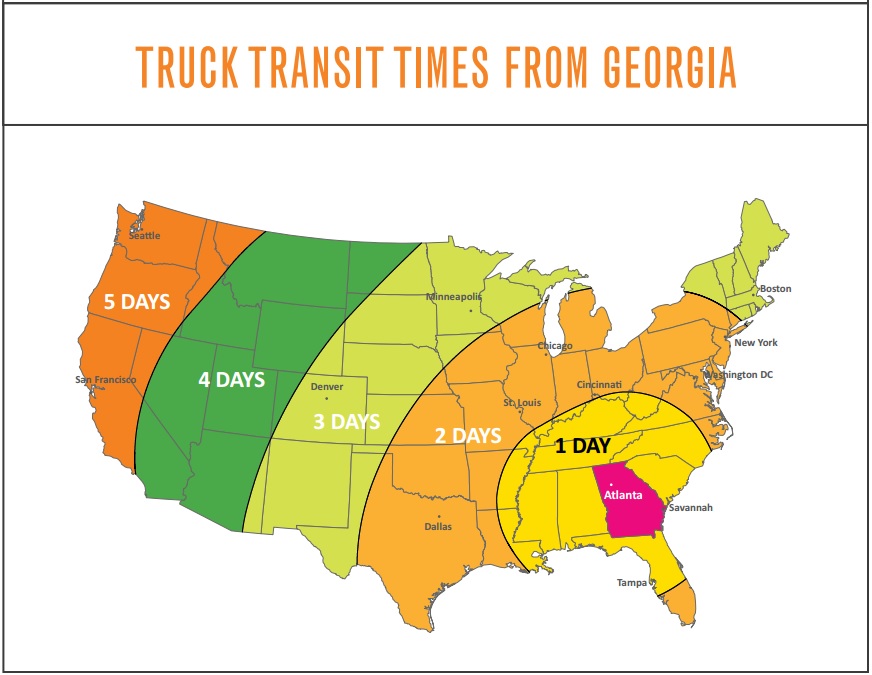 AIR SERVICE
For personal and commercial service to anywhere in the world, Atlanta’s Hartsfield – Jackson International Airportis an easy drive on I-75. The world’s busiest airport offers over one million flights annually from 200+ national and international gates. Close to home, Perry-Houston County Airport has a 5,000 feet bituminous runway, airframe and powerplant repair, plus aircraft tiedown, hangar, lighted runway and VOR. Our airport in Perry is being expanded and easily handles corporate jets. Middle Georgia Regional Airport, 26 miles away, is a full service, general aviation airport with a bituminous 6,501 ft. runway operated by Lowe Aviation. 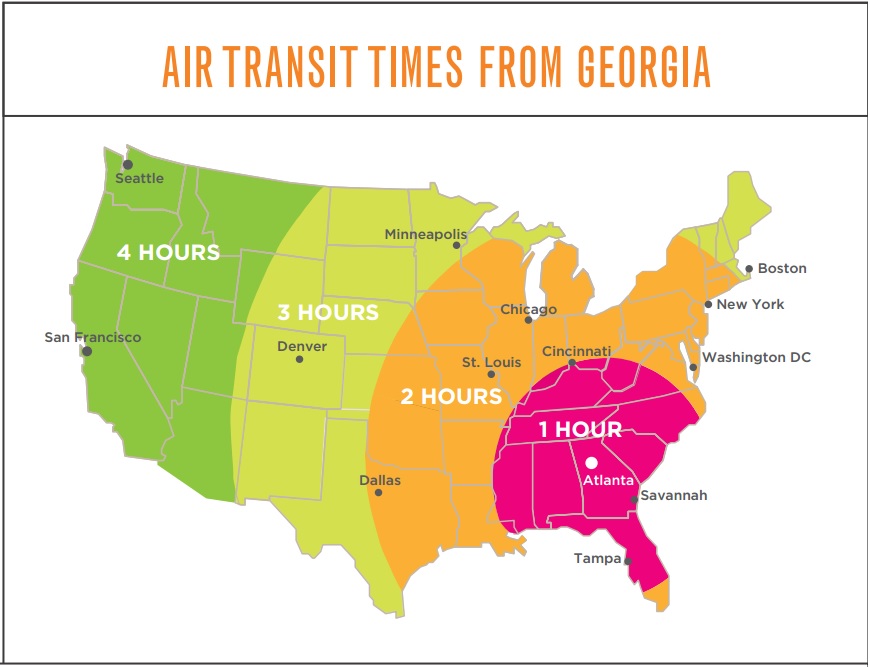 SEAPORTS
The Port of Savannah, owned and operated by Georgia Ports Authority, is a three-hour highway drive from the Corridor.  It is the largest single container terminal in North America, with a maintained channel depth of 42-feet and immediate access to interstate highways I-75 and I-16. Break-bulk, container, reefer and RoRo cargo service is provided through two secured, dedicated terminal facilities. Maersk and APL offer easy shipping to Asia, India, the Middle East and the Mediterranean. The Port of Savannah is the preferred choice for moving steel, automobiles, project cargo, forest and solid wood products and industrial and farm equipment. The Port of Charleston, in South Carolina, has a 52-foot channel and service to 79 countries. It’s about a three-hour drive from the Corridor. The Port of Mobile, Alabama is six hours away, providing easy access to the Gulf of Mexico and beyond.

RAIL SERVICE
The Corridor is served by Norfolk Southern and CSX, Class 1 carriers that represent two of the leading rail companies in the United States. Rail facilities are available in Macon with a Norfolk Southern line running through the heart of Fort Valley. Intermodal terminals are situated throughout the state of Georgia, including the key transportation centers of Atlanta and Savannah (Savannah hosts the largest intermodal hub in the Southeastern U.S.). With our extensive highway network, intermodal connections make it easy to keep your products moving, on time and on budget. 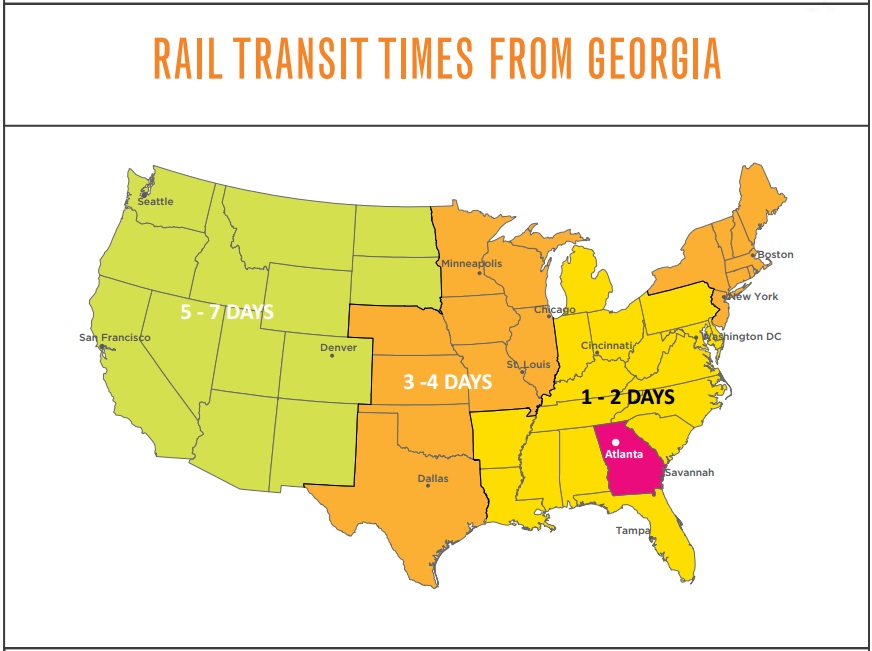